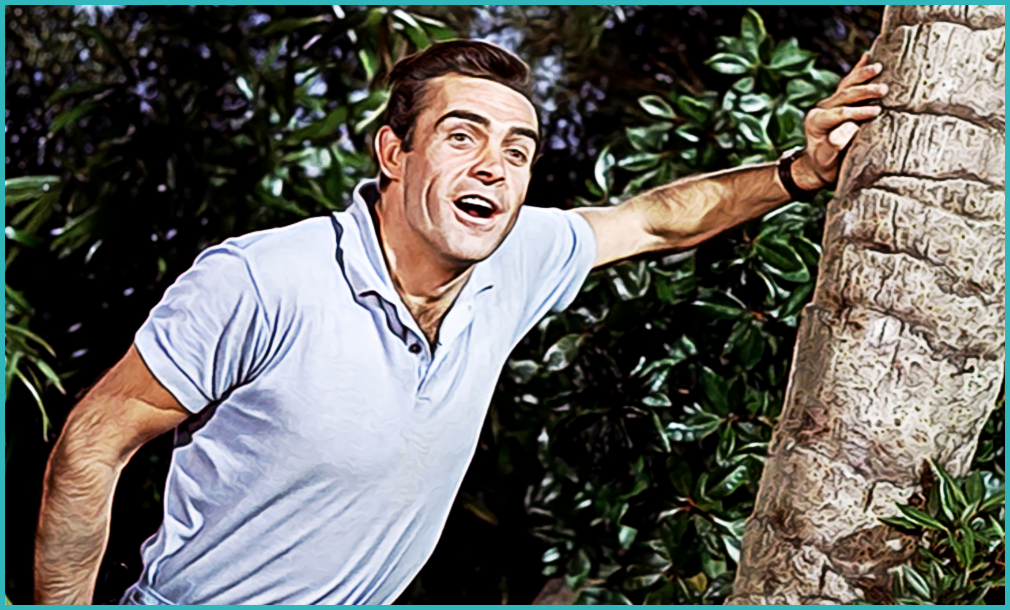 There is a moment in Dr. No when Bond barks “Fetch my shoes” at Quarrell. Some claim racial undertones, yet I don’t believe there was anything sinister in this line. Bond was captain of the mission and would have said it to anyone below him in rank — black or white. It’s Bond confident and assured — and Connery is certainly that during his first outing as 007.

It’s remarkable that this debatable sign of the times is one of the few evident in a 57-year-old film. You’d struggle to find a film from 1962 that still looks as fresh, exciting, and colourful as Dr. No. You’d no doubt struggle to find one as gritty, and to find one that spawned 24 sequels would be impossible.

Dr. No is incredibly violent for its time: the Three Blind Mice brutally slay a woman, Quarrel is set on fire, Bond kills two men by strangulation and stabbing, and he coldly dispatches Professor Dent — pummelling a superfluous bullet into the geologist’s lifeless body on the bedroom floor. Bond also gets roughed up, and is seen battered and bleeding. We don’t get to see Bond as bloodied at this for another 27 years, when Timothy Dalton crawls out from a crashed tanker full of cocaine dissolved in petrol.

Terence Young directs and showcases Connery’s panther-like movements in several spanning shots. Having uttered one of the most iconic lines in cinema history, Bond is seen gliding across the casino before charming Miss Trench into dinner. Connery looks fantastic; Bond’s suits and casual wear are as timeless as the film, and he looks as if he could have just stepped out of 2019.

It’s a shame we don’t get to see the Connery walk in the gun barrel opening; Blu-ray makes it even more apparent that it is stuntman Bob Simmons. Under new HD spotlight, look out for the make-up caked on the Scotsman’s forearm in an attempt to cover up his “Forever Scotland” tattoo, and the sheet of glass between Sean and the spider.

There are many features of this film that set the bar for not just the Bond series, but cinema. Joseph Wiseman is a cracking villain — complete with deformity, Ursula Andress is as iconic as it gets, Anthony Dawson is perfect as the scrawny, slippery, and weasel-like henchman, and the beautiful Miss Taro and Miss Trench make up for the rest of Bond’s conquests with great effect.

Jack Lord is on parallel with Connery for coolness — it’s a pity that he priced himself out of a return to the series by demanding equal billing with the main man. “Sean Connery and Jack Lord in Ian Fleming’s Goldfinger”? Nah.

Watching the friendship between Lord’s Leiter and Connery’s Bond develop could have been fascinating, and maybe even Roger Moore’s 007. Yet the constant chopping and changing of this character became jarring. Continuity was never the series’ strong point.

We also see a last for the series: Bond singing. Did he do wrong? Well, it wouldn’t help to make a habit of it.