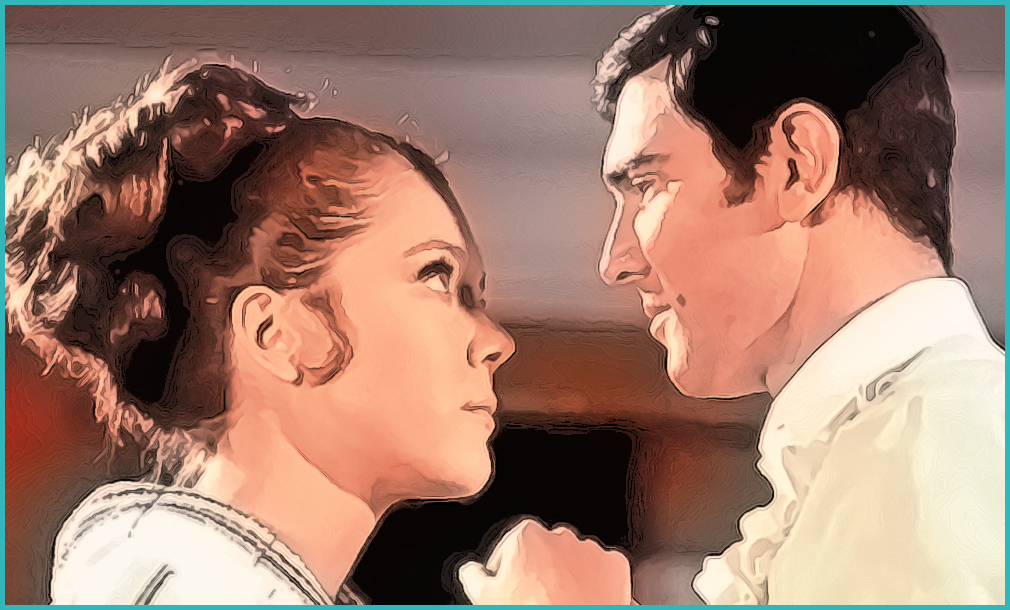 Would I have preferred it had Connery done On Her Majesty’s Secret Service? An interested Connery would have been better than Lazenby. But Lazenby was better than a bored Connery.

I can’t fault Connery in Dr.No, From Russia with Love, Goldfinger, or Thunderball, but in You Only Live Twice, it’s clear from his lacklustre performance that he had grown very tired of Bond. Zero f*cks given. Luckily, Connery’s interest picked up again for his return in Diamonds are Forever, and dare I say it, Never Say Never Again.

George Lazenby wasn’t an actor in any shape or form, yet he was asked to step into the shoes of one of the biggest film stars in the world. It’s a crazy decision when you think about it: the equivalent of David Gandy replacing Daniel Craig.

Legend has it that Lazenby broke the nose of a stuntman during his audition while they were testing him in a fight scene, and this was the deciding factor in him getting the role. “We’re going with you”, Harry Saltzman is reported to have said while leaning over the stuntman sprawled across the floor with a bloodied nose. From watching Majesty’s, it’s easy to see how the physical aspects of his audition got him the gig. He looks fantastic in the fight scenes and moves like a true pro. Out of all the Bonds, I cite Lazenby as the one I’d least like to get in a punch-up with.

There are only a handful of moments where I wince at his acting — he is pretty bad in the helicopter approaching the attack on Piz Gloria and has an unfortunate moment in the scene with M after Blofeld has captured Tracy. Not bad for someone who wasn’t an actor.

For most of the film, and particularly the scenes requiring some substance –Bond confronting Tracy in his hotel room, the marriage proposal, and death of his newlywed — Lazenby excels. His non-verbal acting is also excellent: while imprisoned in Piz Gloria, you can see the cogs in Bond’s head turning trying to fathom an escape, as well as the enormous clogs that operate the ski lifts.

The old age argument of “Why doesn’t Blofeld recognise Bond having come face-to-face with him in the previous film?” is a bugbear of Bond fans. I agree it’s jarring, especially as it’s drilled into the audience throughout the film that this is the same character Sean Connery played. Something should have been done to get around that, but Peter Hunt wanted to stay faithful to the novel.

An early draft of the script for OHMSS featured Bond undergoing plastic surgery to explain the change of face. As crazy as it sounds, I like this idea – it certainly would have demonstrated why Blofeld doesn’t recognise 007. Continuity was never a strong aspect of the Bond films until Daniel Craig came along. Blofeld of the Ian Fleming novels changed his appearance — but in the films, it’s clear that it’s a different man entirely, at least four times. I just wish they would have stuck to one actor to play Blofeld. Some real missed chances to create a story arc.

How much credit Peter Hunt should get for getting a performance out of Lazenby is up for debate — he certainly knew how to own the director’s chair — but maybe George Lazenby was better than everyone gives him credit for.

A three-film tenure for Lazenby would have been perfect: You Only Live Twice, On Her Majesty’s Secret Service and Diamonds are Forever. Peter Hunt never returned to the series — which is odd considering the fantastic job he did and Cubby Brocolli’s penchant for loyalty to his directors by inviting them back again and again (probably when they didn’t always deserve it).

Hunt had unfinished business with Bond, but sadly, it wasn’t to be. It would have been interesting to see Lazenby and Hunt return for Diamonds with a darker tone, but Connery and Goldfinger director Guy Hamilton returned in a film that is cheese compared to Majesty’s chalk. It seems that with Diamonds, the producers were trying to forget that Majesty’s ever happened and erase it from people’s memories. There’s not one reference to Bond’s wife who had been shot dead in the closing scene of the following film. Miss Moneypenny even suggests that Bond should buy her an engagement ring while in Amsterdam. A little insensitive of her, but oh no, wait —George Lazenby and Majesty’s never happened, remember?

Lazenby was fortunate to have starred in a strong film, surrounded by excellent actors and actresses, with a gifted director to guide him. Lazenby undoubtedly would have struggled in Diamonds and been exposed, had the film been made how we know it. Connery effortlessly breezes through with much charm, his tongue firmly in cheek, and elevates a weaker entry to the series.

Majesty’s reputation has grown over the years and rightly so. It’s one of the greatest Bond films and features a marvellous score by the genius that was John Barry, and a thumping title theme. Even the mightiest Scrooge couldn’t help but adore Do You Know How Christmas Trees Are Grown? I would have wanted Lazenby to finish on Diamonds are Forever though, or we wouldn’t have been treated to Roger Moore as 007. And Bond without Roger is unthinkable.