“What the hell is this all about?” — looking back on the debacle that is Die Another Day 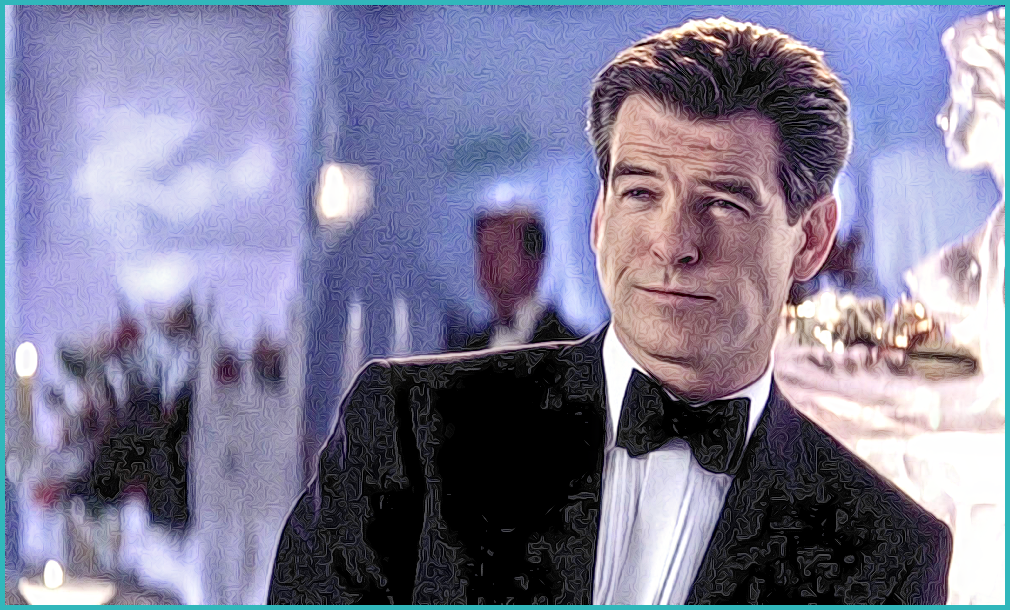 I’m not saying that this debacle is his fault — he was undoubtedly dealt a bad hand with scripts, directors, and Denise Richards during his tenure as Bond — but he must shoulder some of the blame.

You have to ask yourself: ‘How did the producers let the series come to this?’

Roger Moore’s films were tailored for him, as were Timothy Dalton’s and Daniel Craig’s. Brosnan’s films were adapted for him too. He pushed the films in this direction with his portrayal of 007 that always lacked substance but had hammy impersonations of Roger Moore in abundance.

Watching Brosnan is like watching someone doing an impression of James Bond — Russ Abbott as Basildon Bond if you will. Had he grabbed the role by the balls from the offset, then we might not have been subject to three poor films post-GoldenEye.

The pre-titles sequence sets the tone for the rest of the film. Bond can do a lot of things, but surfing gigantic waves like a world champion seems a step too far, even if Sir Roge did show glimpses of it in A View to a Kill. Bond takes off his mask, and we see Pierce Brosnan, looking considerably older, greyer, and heavier than last time, and too old for this game. After all, this is an actor on the cusp of 50.

Keeping with Brosnan film tradition, we see a lot of explosions, and Pierce firing a machine gun willy-nilly while squinting, frowning, and pouting. David Arnold’s policy of cramming every instrument into a track until it’s just noise is thrown into the mix too. His ‘techno’ didn’t sound the best in 2002, and time has not been kind to it. He also had a terrible habit of overusing the Bond theme. This is a man who cited John Barry as his hero. If there’s one thing you should have learnt from John Barry, it’s stick to classic sounds, Dave.

Bond getting tortured was an innovative idea, but not while listening to Madonna’s theme song — that’s torture in itself. Old Madge had gone to seed a good four years before this film, and anything she has released post-1998 has been garbage. Oh, what could have been: an insight into the broken mind of Bond, abandoned by his country and wrecked with PTSD.

I’m not sure what they were feeding Bond while held captive in North Korea. Hearty three-course meals by the looks of it. Out waddles a tubby, middle-aged Brosnan, supposedly 14 months later.

Bond meets with M, and once again, Brosnan’s acting (and I use that term loosely) is brutally exposed:

“What da hell is dis all abauuhht?”

I was asking the same thing, Pierce. We see the usual over-the-top facial expressions, smarminess, hamminess, and trying too hard to be as suave as Sean and Roger throughout — nuanced acting was never Brosnan’s strong point.

Bond manages to stop his heart from beating and send himself into cardiac arrest — another moment of sheer lunacy from the writers. Now I’m not one for slander, but it looks like Brozza is sucking in his gut, too.

Halle Berry coming out of the sea is one of countless over-the-top, in-your-face “nods” to previous Bond films for the 40th anniversary. Except for this banal sequence more of an insult to the brilliance of Dr. No than a homage.

The corny dialogue when Jinx and Bond meet is cringe-inducing, with Brosnan blowing out smoke after every sex gag and Halle Berry poking her tongue around her mouth, which she seems to do throughout the film in an attempt to look alluring. The double entendres in Roger Moore’s time were incredibly funny — the ones in Die Another Day are not. Cut to Bond and Jinx making love, and we see our first ever sex scene in a Bond film. Brosnan’s much-maligned pain face is bad enough, did we really need to be subjected to his ejaculation face, too?

It’s ironic: the majority of Bond girl actresses haven’t been great actresses, yet their performances have held water. What do we get when an Oscar-winning actress lands a Bond girl role? The worst Bond girl performance in the entire series.

After Madonna’s ghastly song, we now have to watch her and Brosnan engage in more egregious sex gags. I actually don’t think that her acting is that bad; it’s Purvis’s and Wade’s attempts at humour that I can’t stomach.

There is nothing positive about Lee Tamahori’s directing: slow-mo, fast-mo, unnecessary close-ups, and woeful CGI that would look more at home in an early-90s Sonic the Hedgehog game. We’re supposed to believe that North Korean military officer Sangjwa Tan-Sun Moon morphs into a sneering public schoolboy, having undergone gene-replacement therapy.

Brosnan as back at it again — surfing — or computer-generated figure of him is. This time he is surfing a makeshift sheet of metal in what is hands-down the most embarrassing moment in the series.

It’s as if it was a competition on who could be the most irritating, with Michael Madsen, Halle Berry, John Cleese, Rick Yune, and Toby Stephens all battling it out. Even the extras and minor characters are poorly directed and painful to watch.

Colin Salmon turns out his usual dull performance — god knows why anyone wanted him as Bond. The less said about John Cleese, the better. Cleese should not have been allowed anywhere near a Bond film. It’s difficult to believe that a 60-something buffoon, dressed like a country bumpkin, with a 1970s moustache to boot is MI6’s “new” gadgetry mastermind.

Just when you think you’ve seen and heard the last of Madonna: she pops up again with a hideous remix of her title song over the end credits.

The franchise had lost all credibility by this point, and I haven’t even mentioned the invisible car. I am eternally grateful to Die Another Day for one thing though: it spelt the end of Pierce Brosnan.

One Reply to ““What the hell is this all about?” — looking back on the debacle that is Die Another Day”