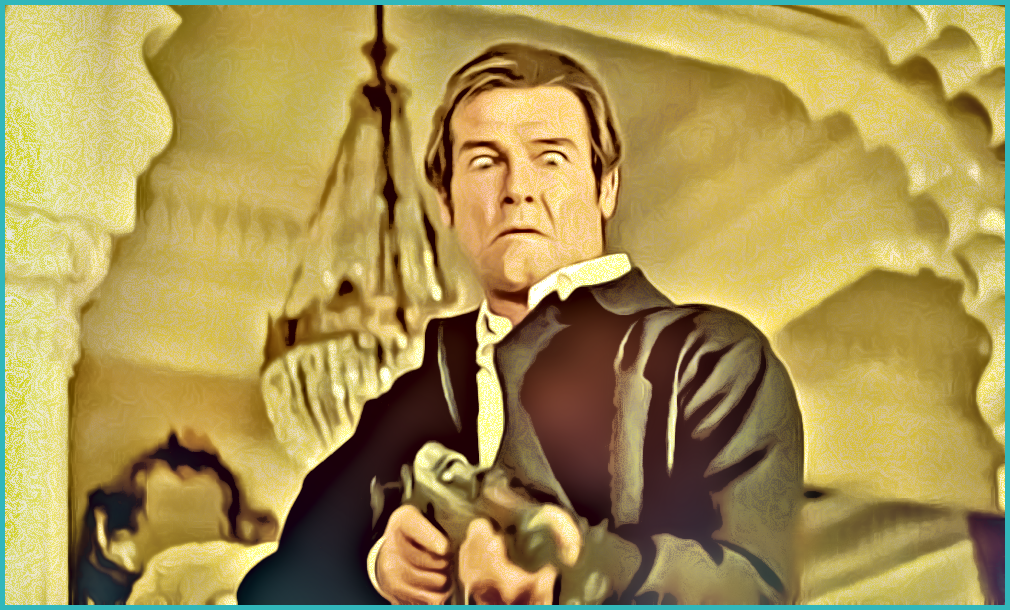 Sean who in Never Say what? Roger Moore slides in once more to shoot his knob off as 007

— the famous last words of Sir Roger Moore, ever since he slipped off Holly Goodhead's yellow spacesuit and attempted to re-enter her at the end of Moonraker. He would be back for "just three more".

Time was catching up with the safari-suited-up Sir Roger by the time of Octopussy in 1983; not even the heaviest clown's make-up could hide the fact that this was a man in his mid-50s.

Dear old Sir Roge just about gets away with this one — thanks to an "older" Bond girl in Maud Adams and a mature set of villains. Enjoy Maud Adam's second of three Bond film appearances while you can — Tanya Robert's screaming is up next.

Timothy Dalton would have been more than ready in the early 80s when Roger was wrangling over his salary, especially since the series had returned to its roots in For Your Eyes Only after the outlandishness of Moonraker. Yet Cubby Broccoli was up against a rival Bond film that year: Never Say Never Again — starring a certain Sean Connery.

With a new actor in place of Roger, would audiences flock and see Sean and give Eon's Octopussy a wide berth? I doubt it — but it was a risk Cubby wasn't prepared to take. James Brolin was screen-tested and then dumped; Roger named his price; Cubby duly obliged. Thank you, Kevin McClory, for saving us from James Brolin as James Bond.

While being the least physically imposing of the six, Roger Moore's Bond could certainly out-jump, ski, shoot, and out-fly anyone — as seen in Octopussy's pre-titles sequence. The pre-titles has nothing to do with the rest of the film; it acts purely as a placeholder for some standard Bond stunts and thrills — masterfully directed by the Don of action, John Glen.

We're not sure how or why Bond's plane runs out of fuel — maybe 007 is getting a little absent-minded in his old age and forgot to fill her up. Still, it leads to a cute quip when Bond asks the old man at the gas station to do just that. 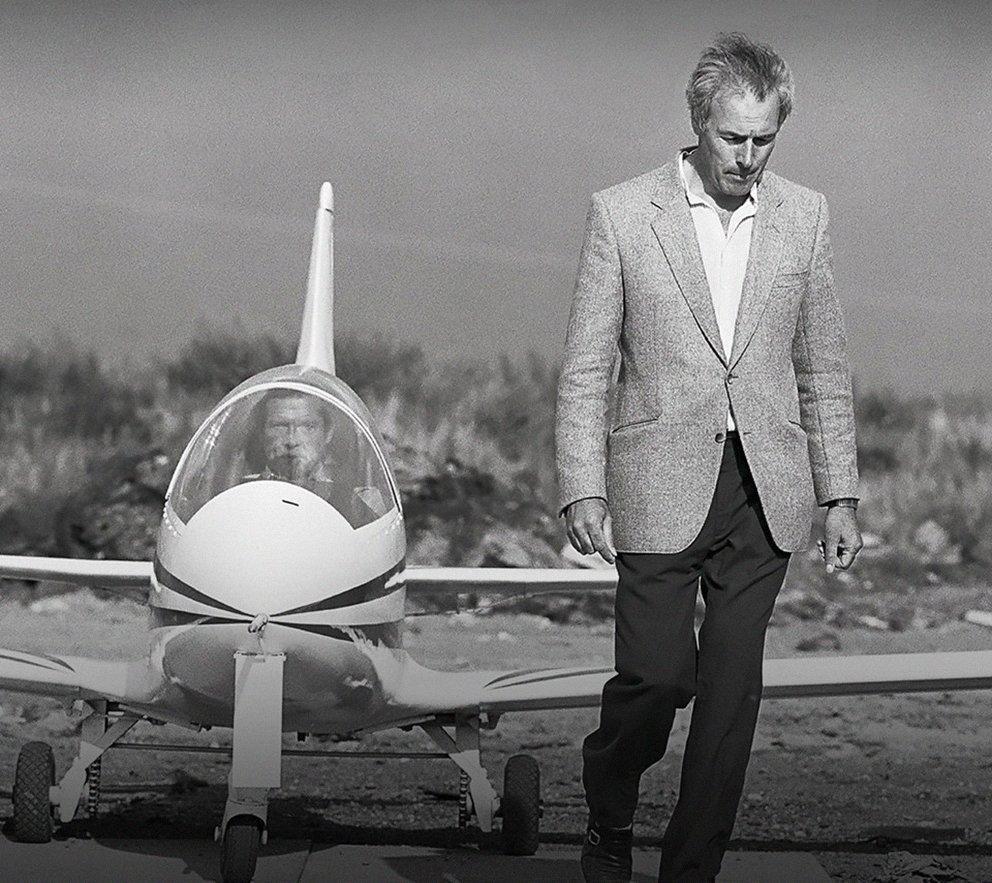 Bond title sequence designer Maurice Binder is back with a lacklustre titles sequence; it appears as if the stalwart was running out of ideas by the time of his eleventh film. I must be the only person who cites All Time High and Moonraker as their favourite Bond songs. John Barry's That's My Little Octopussy is his standout track for me — beautiful.

Those living with coulrophobia look away now: two identical twin knife-throwing assassins partake in the creepy and violent pursuit of unusual prey: a clown. Seeing a bloodied clown with a knife in his back throwing himself through a glass door is dark and disturbing. Then a complete shift in tone leads to the Indiana Jones-influenced "company car" chase through the streets of Udaipur.

If there was any doubt by cinema-goers which film was the "official" of the two, they were constantly reminded by hearing the James Bond Theme throughout Octopussy — a conscious decision. This "charming tune" is heard in one of many comedic moments when Vijay, posing as a snake charmer, plays the tune with a pungi. 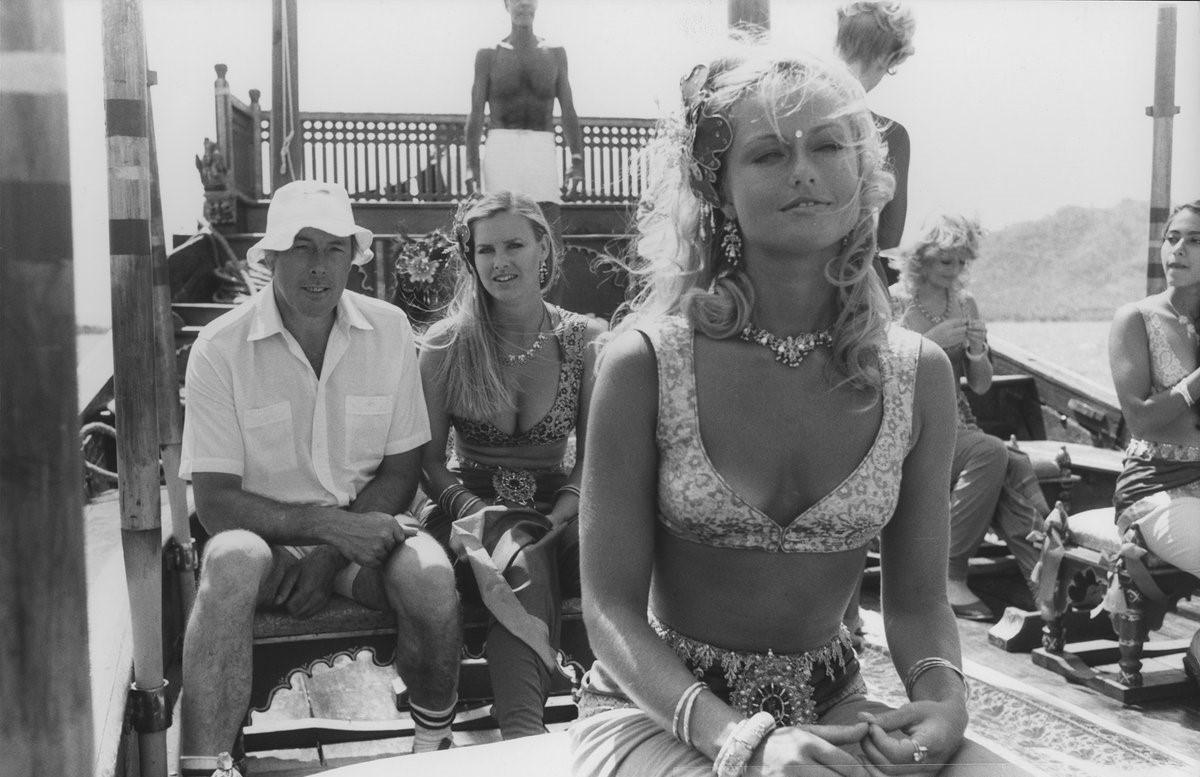 Ah, the comedy of Octopussy. Take it out, and I think it would sit a lot higher on people's lists and be considered a gripping and gritty Cold War thriller. The genuine amusing moments shouldn't get lost among the slapstick: Roger's eyebrow acting when Magda claims she needs "refilling" is textbook Sir Roger, and Desmond Llewelyn gets his funniest lines as Q. Some winks to the audience will be lost on those in Millennial and Gen Z demographic cohorts; the Tarzan yell and Barbara Woodhouse "sit" gags haven't stood the test of time.

Louis Jordan and Steven Berkoff are quintessential in their respective roles. We have a slimy jewellery smuggler with a penchant for the finer things in life and a lunatic Russian general with a manic fixation on gaining absolute power over Europe. Berkoff hams it up wonderfully; the way Orlov sulks in his chair at the meeting between Soviet officers and state officials is perfect. Berkoff throws the whole butcher's shop at it — and it works.

Octopussy is a "blink, and you miss it" Bond film — the complex plot requires concentration. The story keeps you guessing throughout: how the criminal triangle of Orlov, Khan and Octopussy interwinds, why Octopussy seemingly has this power over Khan, and what the bloody hell these eggs have to do with anything. It's pretty clear what Orlov's motive is; whether Khan is driven purely by greed or he shares the political interests of Orlov is up to the viewer to decide.

The train carriage hopping mayhem and 007's race against time to save a nuclear explosion during the film's climax is edge-of-your-seat stuff. Believe it or not, Roger Moore dressed as a clown provides us with one of the tensest scenes in the series. 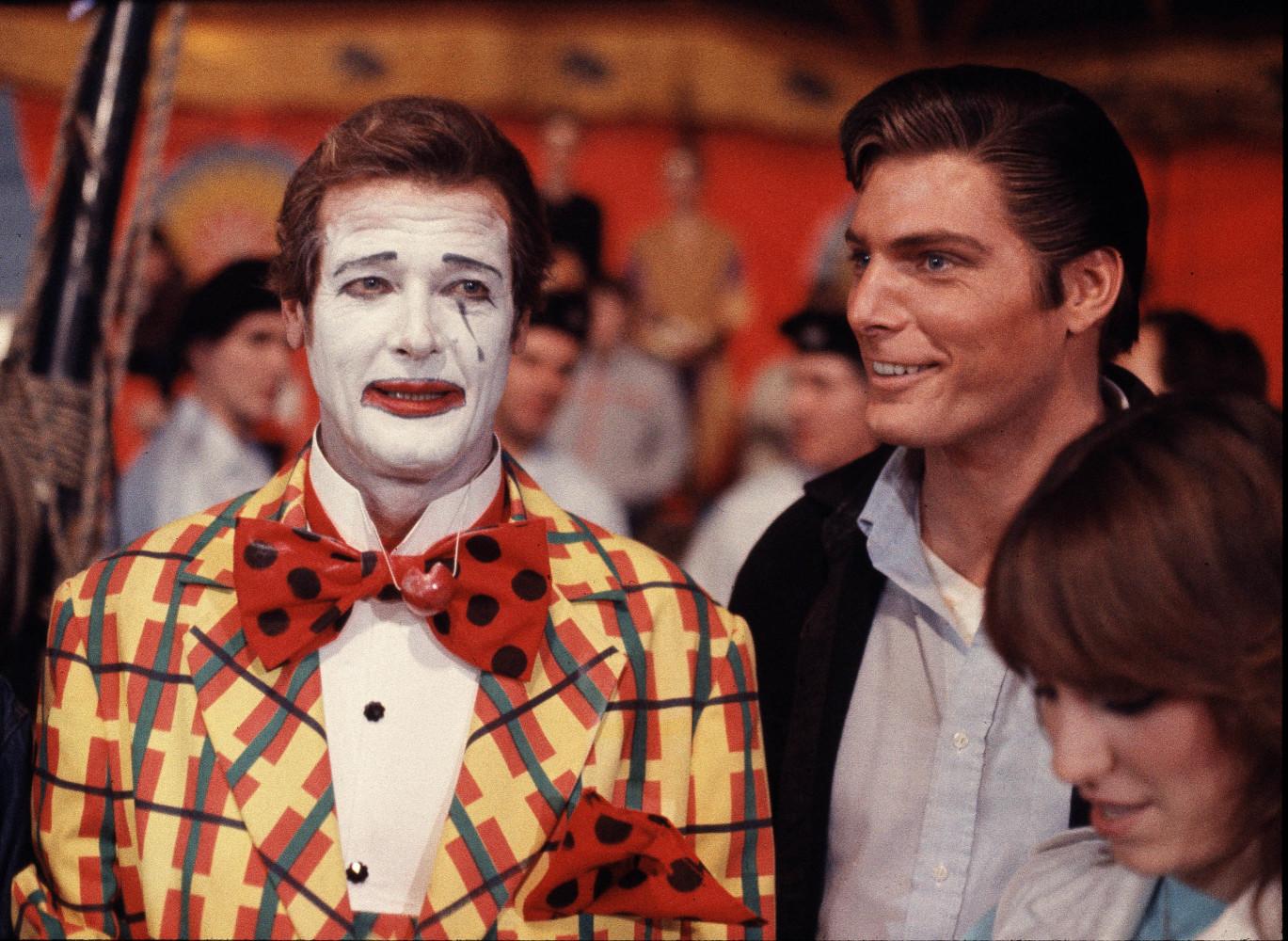 Roger is magnificent here, shouting "damn it" at anyone who gets in his way. He even gives an obscene "go fuck yourselves" gesture (a bras d'honneur) to the youths in the car who pull a prank on him while trying to hitch a lift to the circus.

Roger's Bond could do many things, but he didn't flawlessly apply the clown's makeup himself — the girl who worked for the circus did it. That still doesn't explain how he got out of the gorilla suit unnoticed and so quickly.

Roger was playing it straight while dressed as a clown, rather than dressed straight and playing the clown.

James Bond will return in From a View to a Kill

— minus one word and Roger Moore's credibility.