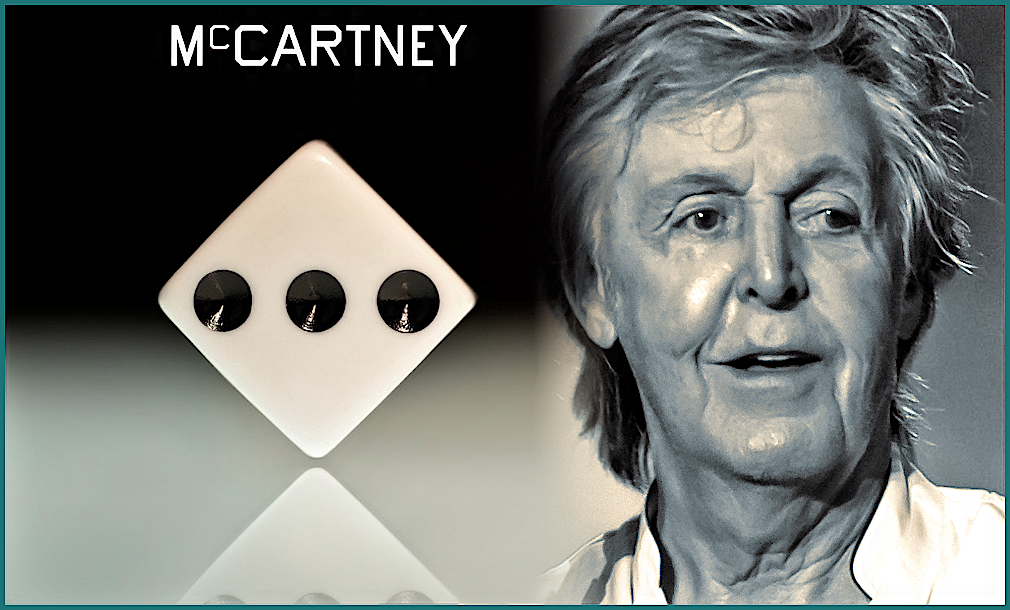 Made in rockdown: looking back on McCartney III

Made in rockdown: looking back on McCartney III

Macca does it again

Maybe Paul McCartney will only be truly appreciated when he's dead. His contribution to popular music, culture, and the world is hard to put into words — but I'll try. The man is a melody machine. For over 60s years, he's been knocking out genius songs and basslines like we make cups of tea.

"I mean, I'm in awe of McCartney. He's about the only one that I am in awe of. But I'm in awe of him. He can do it all, and he's never let up, you know. He's got the gift for melody; he's got the rhythm. He can play any instrument. He can scream and shout as good as anybody, and he can sing the ballad as good as anybody. And his melodies are effortless. I'm in awe of him, maybe just because he's just so damn effortless. I mean, I just wish he'd quit, you know. Just everything and anything that comes out of his mouth is just framed in a melody, you know".

McCartney III isn't his third effort since leaving the Beatles, of course. It's his 26th.

McCartney III is his third album on which he plays every instrument, as a follow-up to McCartney (1970) and McCartney II (1980).

You'd be hard-press to find a McCartney's album (either Wings or solo) since leaving the Beatles that isn't filled with genius. Even his lesser ones have many gems. The thing is: most of these gems remain undiscovered by the public at large.

McCartney III is a truly brilliant piece of work. He's still doing it at 78 years old. I'm amazed he hasn't run out of ideas or feels he has nothing left to give. He certainly had nothing left to prove.

With McCartney III, he feels comfortable with his older voice. The world-wearier and senior lyrics and songs of the album seem to reflect this. His voice has to certainly go down as one of the greatest in rock history. It could be soft and rounded (see: I Will, 1968), rocking and raucous (see: I've Got a Feeling, 1970).

People will still call for him to retire as his voice isn't once what it was. But he'll be 80 years old next year and has been continuously performing live since 1957. His concerts still bring joy to millions worldwide, and he said he has no interest in retiring just yet. So good on him.

If you haven't heard it, or much else of McCartney's work since 1970, then you're missing out. Since the Fab Four split, most of his stuff could easily sit on Beatles albums — there are hundreds — and this is no different for McCartney III. Lavatory Lil even sounds like a sister song to Polythene Pam (Abbey Road, 1969). Or maybe it's about Heather Mills.

What else I love about his latest is that just when you think a song is about to end, it retakes flight. John Lennon has always received more credit, with often a snidey remark about We All Stand Together.

It was meant to be a children's song, and it's probably the most outstanding children's song ever written. It's another example of his diversity. And let's be honest, who on this planet could write a melody as good as that for those frogs to bop along to?

Lennon would have loved McCartney III.